Chapple is artist in residence with Ballet Cymru, Wales’s international ballet company. His work is held in private collections across the UK and internationally, and is represented in the permanent collection of the Museum of Modern Art Cymru.

Originally from Dartmoor, after studying painting at St Martin’s School of Art, London, Chapple spent time in Greece, the Czech Republic, Turkey and Italy, where he drew a great deal and further developed his interest in Classical and Renaissance painting and sculpture. Returning to the UK in the mid-90s, he joined several South London life drawing groups, met a number of inspiring painters and models, and began working almost exclusively from the figure.

Since moving to South Wales in 2003 Chapple has worked from life in his studio in Barry.

Primarily interested in painting people, Chapple continued to work from the nude for a number of years before developing a greater interest in portraiture in around 2010 – particularly working with musicians, comedians, dancers and other stage performers.

In 2014 he began a series of collaborations with professional dancers, exploring a crossover between portraiture and a more gestural, dynamic form of figure painting. This work is ongoing, and since early 2016 has mostly involved working with dancers of Ballet Cymru.

Chapple is represented by Ffin y Parc Gallery, on the edge of Snowdonia, North Wales, and is a member of the Royal Cambrian Academy of Arts. 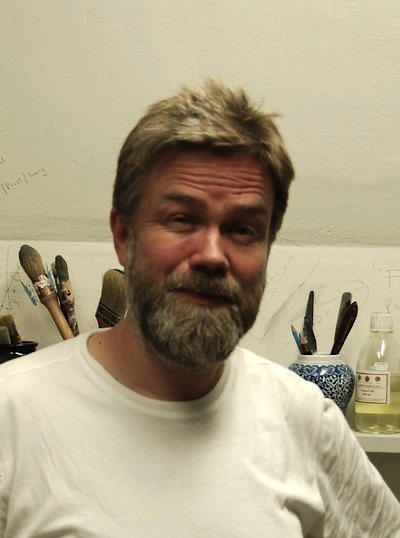