It’s far removed from my usual practice of working with motionless models, though I managed to make some rapid charcoal sketches – mostly little more than notations of line, form and movement, though here’s an example of one of the more coherent images.

Very grateful to all at the company, and looking forward to returning soon. 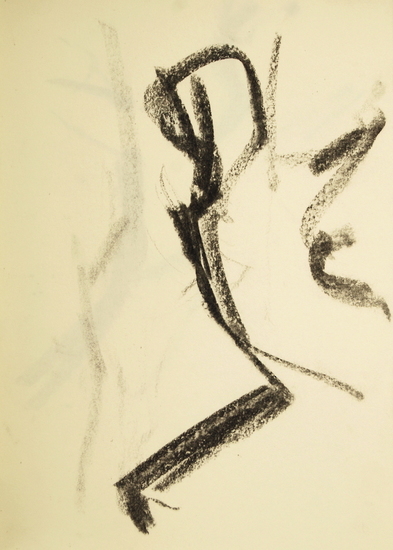 Lisa wanted some significant objects to feature in her portrait, so brought a favourite lamp and her grandmother’s woollen blanket to be included in the picture.

Aspects of the colouring in this scene differ from my usual palette, which will be interesting to work with, I think. Similarly, although the composition itself is fairly simple and quiet, arranging furniture in the studio to represent a kind of domestic setting is something I’ve rarely done before, and further adds to the experimental feel of the process. 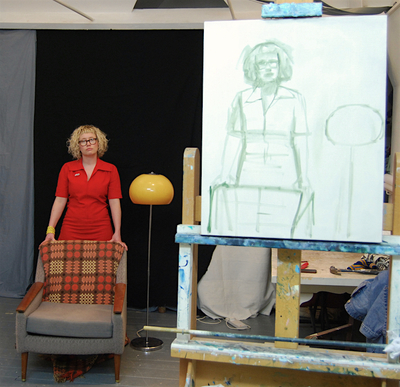 I last made a portrait of Tudor in 2013, as part of my Musicians series – a little monochrome panel painting, made in one sitting. Great to try something a little more ambitious this time, and on canvas.

At the next sitting the broom will be replaced with Tudor’s electric cello (which no knight should be without). 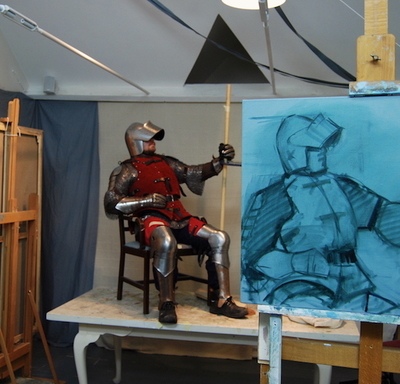 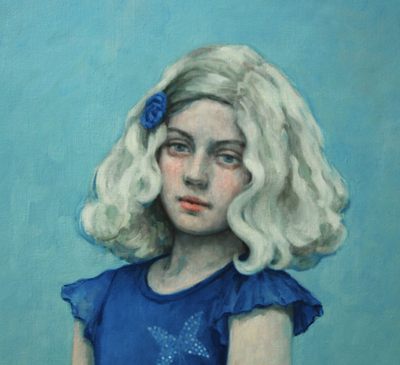 I prepare canvases in the traditional way, stretching linen over mitred stretcher bars and sealing with warm rabbit skin size. The painting surface is finished with an oil primer and then tightened, if necessary, with wooden wedges tapped into the corners.

In the past my paintings on canvas have mostly been on white grounds, though I now plan to experiment with using different coloured primers – probably grey/greens and earth colours. These canvases will be used over the coming months, and will be primed with different tints, as required. 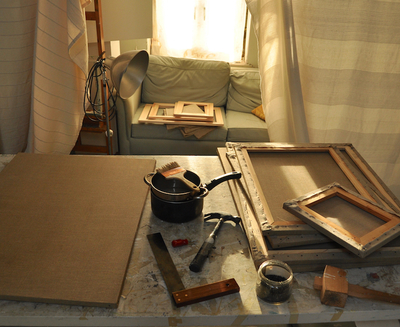