Thrilled to announce that I have been awarded Arts Council of Wales funding to develop my residency with Ballet Cymru. The grant will enable me to build on all I’ve been doing with the company over the past few seasons – to work more collaboratively with dancers and choreographers, to more fully reflect their inspiring work with communities across Wales, and to create an ambitious new collection of paintings for exhibition next September and December.

Hugely grateful to Arts Council of Wales, my project partners Ballet Cymru, Ffin y Parc Gallery and Wales Millennium Centre, and to everyone else who supported me through the application process.

I’m very excited to get to work, and will be posting updates here and on social media as the project develops. 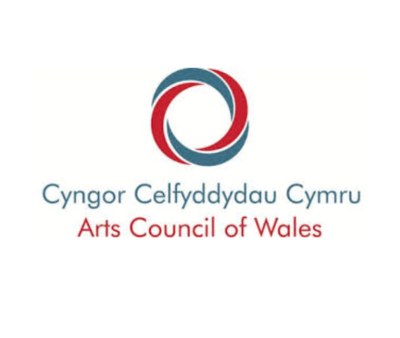 My current exhibition at Waterstones, Bloomsbury, features thirty-two literary portraits from the series begun in 2016 for Terry Victor’s 2017 Edinburgh Festival show Well Thumbed, though since expanded to include further novelists, essayists and poets.

Also included is a room of paintings and drawings from my Ballet Cymru series (pictured), including one the earliest canvases, Nation of Two (Andrea Battaggia and Allegra Vianello), depicting a moment from a rehearsal of Serenestial, the company’s 2016 National Eisteddfod production. The painting is titled after a line from Mother Night by Kurt Vonnegut, whose portrait hangs nearby.

The show runs until November 23rd. 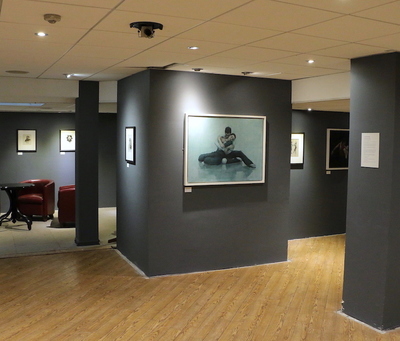 Busy time at the moment preparing for two shows in November – A Thousand Words at Waterstones, Bloomsbury, which will be my first solo show in London for a few years, and frontofbicycle, Basel, my first international show. Very excited about both!

A Thousand Words will feature around forty paintings, predominantly literary portraits, though also a selection of Ballet Cymru paintings. The private view will be on November 2nd.

The frontofbicycle show is a group exhibition featuring eighteen artists. I’ll be showing a dozen paintings – ten from my Ballet Cymru series, and two from my 2016 Llandudno residency. Private view on November 9th. 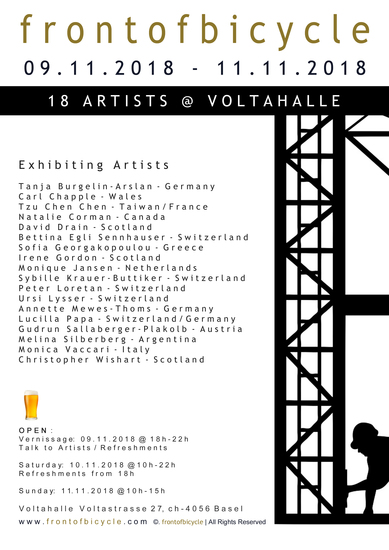 Making a start on framing literary portraits for A Thousand Words exhibition at Waterstones, Bloomsbury, in a couple of months. These few from the original series made for Terry Victor which kickstarted the whole thing, soon to be accompanied by more recent additions. 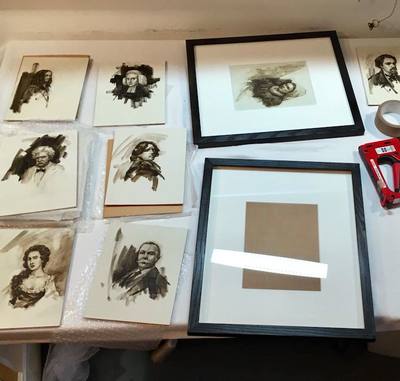 During a recent visit to Basel, Switzerland, I was very happy to meet some of the organisers of the arts organisation frontofbicycle, and to hear about their work with artists based in the city. The group brings together and represents a diverse range of painters, photographers and sculptors, and hosts a number of exhibitions throughout the year, each in a different venue.

After being invited to join the group as International Guest Artist in Residence, I’m very much looking forward to exhibiting with them this November – dates and venue to be announced.

Many thanks to all involved for their support. 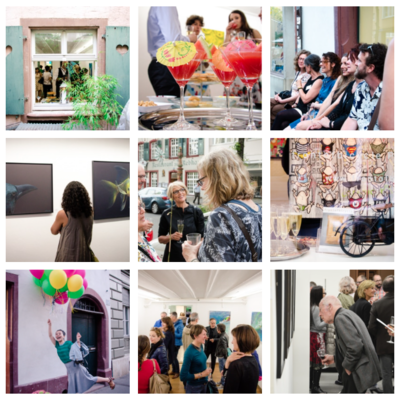